Hovertext:
Just kidding. Negative mass is real but Big Physics doesn't want to harm the oil lobby. It's all in my 87 part youtube series about...


Still a month out, and 45% of BAHFest East tickets are already sold! Buy soon or dwell in sorrow.

Red Button mashing provided by SMBC RSS Plus. If you consume this comic through RSS, you may want to support Zach's Patreon for like a $1 or something at least especially since this is scraping the site deeper than provided.
Read the whole story

Tesla Is Killing Off Its Cheapest Model S Options Less Than A Year After Introducing Them by Alanis King on Jalopnik, shared by Rhett Jones to Gizmodo
Saturday March 18th, 2017 at 8:09 PM

Sorry, fellow penny pinchers: Less than a year after reintroducing a cheaper 60 kWh battery into its Model S lineup, Tesla will kill off that option in order to “simplify the ordering process.” It sounds like Tesla’s doing that because most people just buy the more expensive version or upgrade to it later.

zelig2
reply
They should spend more time In the Tesla forums. The MS 60 is very popular. You get faster charging to 100% due to the battery being top limited and no issues of charging to 100% every day.

1 Comment
We used 10 different apps to see if a new 13 inch can keep up with an old 15 inc Retina MacBook Pro.
Read the whole story

zelig2
reply
Well that solves that idea of getting one of the new 13" rMBP. 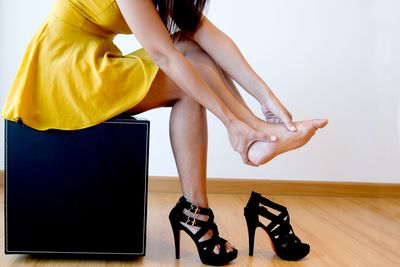 Last year, I developed a painful case of tendonitis (inflammation of the tissue between my muscles and bones) in my feet. My toes wouldn't uncurl, and I spent the better of a week soaking them in hot water to appease my angry muscles. The culprit, my doctor said, was a combination of weak ankles and my not-very-supportive winter boots.

Winter boots? Yes. It turns out that heels aren't the only problem.

The Cleveland Clinic has helpfully broken down the best types of shoes for various kinds of foot problems:

Heels increase pressure on both feet and knees

When it comes to heels, chunky heels might be better than stilettos, but not by much, according to one Harvard study. Both significantly increase pressure on your knees (chunky heels by 22 percent, and narrow heels by 26 percent), which can cause pain and potentially strained muscles. High heels, which push your back forward, can also throw your spine and hips out of alignment, which can cause pain.

Flats and flip-flops aren't much better

Flats don't give your arch enough support, which can lead to back, knee, and foot pain, and flip-flops do similar damage. Both can also lead to plantar fasciitis, a painful conditionin which the tissue on the bottom of your foot becomes inflamed from supporting your arch without the help of shoes.

When you wear flats or flip-flops, you're forcing your body to change the way you walk to support itself. One 2008 Auburn study found that people who wore flip-flops took shorter steps than people wearing other types of shoes, and the researchers speculated the change in gait put extra strain on muscles, causing back, foot, and leg pain. People also curl their toes when wearing flip-flops, and that constant flexing of the foot can cause strain, as well.

If you want to wear flats, put in an orthotic insert to give your foot more arch support, experts say, and save flip-flops just for walking on the beach.

zelig2
reply
It's as if humans couldn't walk before modern shoes were invented.

CURVED/labs-Mac concept brings the original Mac up to date by Steven Sande
Wednesday January 14th, 2015 at 10:26 AM 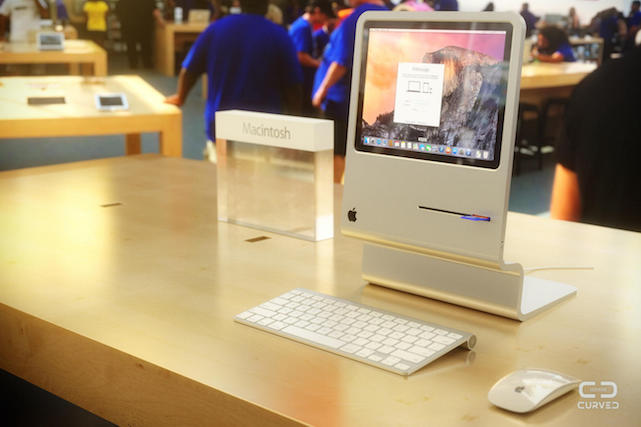 What you see in the image above is not a real Mac, which is a bit of a pity because a lot of Mac fans would buy one in a heartbeat. Instead, it's a concept worked up by German tech site Curved that takes the original friendly "toaster" Mac design and...
Read the whole story

JayM
reply
I'd buy one!
Atlanta, GA
Next Page of Stories